There’s one Facebook feature that everyone has been waiting for, dark mode. And some users are claiming that it’s finally here!

Back in 2019, Apple introduced a dark mode to all of its iOS devices. The update was loved by all its users, who now have the option to change their phone from the usual white backgrounds to black instead.

Then, dark mode even starting syncing with apps like Instagram and Twitter, so if you set your phone to dark, the apps will automatically be in dark mode too.

But one app is very late to the party when it comes to enabling dark mode, and that is Facebook. People have been begging Facebook to allow dark mode on its app for a really long time.

Facebook is working on a dark mode for its app, so it won’t be an issue forever. But its Dark Mode may take on a gray theme, rather than a true black one. You’ll be able to toggle the feature on or off under “Dark Mode” in the Facebook app’s settings, accessible via the three-lined tab at the bottom, then “Settings & Privacy.”

You’re not stuck with the gray theme, however, as you’ll be able to toggle on “System” in the Dark Mode settings to use your iPhone’s built-in Dark Mode feature.

The dark mode appearance in these images may not be how Facebook’s final Dark Mode feature for iOS ends up. Many aspects of the look could change, but you can get a pretty good idea of what to expect.

Note: Dark Mode is not currently available in the Facebook app’s beta.

Use the Smart Invert Accessibility Setting

Even though Facebook doesn’t have a baked-in dark mode style yet, you can still check the app without blinding yourself at night. To do so, just use the same method that we had to use before iOS 13’s system-wide Dark Mode update. Apple still includes it in Settings, so take advantage of it.

The option is called Smart Invert, and it attempts to fill in the gaps when Dark Mode is unavailable. You see, Smart Invert reverses all the colors on your display, except for media, images, and certain app elements that use a dark style already. That means that Facebook’s bright white background instantly changes to black while preserving colors for media.

With Smart Invert disabled (left) and with it enabled (right).

This method is far from perfect, however. Apple does its best to prevent relevant media and images from inverting, but sometimes things slip through the cracks. You’ll want to use Facebook’s official Dark Mode over Smart Invert in the future, but for now, this method should suffice.

Use a Jailbreak Tweak

If you find that Smart Invert isn’t accurate enough for you, or you don’t want to have to toggle it on and off every time you open and close the Facebook app, you might want to consider a jailbreak tweak instead. Our pick is FacebookDarkMode, which comes with over a dozen customizable themes to make your dark mode browsing a little more personalized.

Of course, to take advantage of this method, your iPhone needs to be jailbroken. That’s no issue, so long as you’re willing to put in a little work. Jailbreak is now supported through iOS 13.4.1, the most recent public version of iOS at this time. Of course, jailbreakers will be hard at work to crack iOS 13.4.5 once it drops, too.

If you’re rocking an Android device, you have a couple more ways to snag the dark mode look on Facebook than iPhone users. That’s due to the customizable nature of Android, as well as the prevalence of non-traditional third-party apps on the platform. Check out the methods below and see if any work for you.

Wait for the Official Update

This could sound redundant, but it’s just as true for Android as it is for iOS. Facebook is working on a native Dark Mode for its app, so as of now, it’s just a waiting game. While this Dark Mode isn’t available on either Facebook for Android’s beta or alpha, some have cracked their way into it. We don’t know how, but it’s a good sign Facebook is well on their way in development.

If your smartphone is running Android 10 or higher, you have the power to activate a dark theme for virtually any app, not just Facebook. The universal dark mode appearance is possible thanks to a simple feature that reverses the colors on your display. It doesn’t apply to all colors, however, as it tries to skip over images and other media to retain their original look, just like Smart Invert does on iOS.

While it’s not perfect, what you end up with is a useable dark mode that lets you browse your Facebook feed without needing to wear sunglasses first. Even better, you can switch between all of your apps while sticking to the same easy-to-view dark theme.

While the official Facebook app still doesn’t have a dark mode setting, Facebook Lite does. Why? We can’t say. All we know is the light-weight version of the famous social media app offers native Dark Mode — no developer options or hacks required.

All you need to do to enable Dark Mode in Facebook Lite is to tap the hamburger menu in the top right, then tap the toggle next to “Dark Mode.” That’s it. Once you do, you’ll immediately see the gray-themed Dark Mode take effect.

Facebook and Facebook Lite aren’t the only ways to experience Facebook in app-form. Instead, try a wrapper, which is essentially a third-party client. The benefit of using a wrapper is that these apps might implement features that the original app developer didn’t. In this case, the feature in question is dark mode.

A good start would be Frost, a fan favorite among Facebook wrapper enthusiasts. You won’t find Frost in the Play Store, however. Instead, you’ll need to head to F-Droid and download the app there. You can also download the APK with the link below, which is for version 2.4.4, the lasted Frost version as of this writing, but you’ll want to check F-Droid for any future updates.

Once you install Frost and sign in to Facebook in it, activating its Dark theme is easy. All you need to do is tap the Settings gear in the top right, then hit “Appearance.” Here, you can tap “Theme,” where you can choose from either “Dark” or “AMOLED” night modes.

If you haven’t heard of Chrome flags, you’re in for a treat. Flags are experimental features Chrome keeps buried away for developers to tinker with. These features aren’t necessarily user-facing, but they’re remarkably simple to access once you know how it works. One of them helps us here, as it forces websites with light themes to switch over to a dark mode.

To start, head to chrome://flags in your Chrome browser, then search for “Force Dark Mode for Web Contents” (searching just “dark mode” should pull this up, as well). Next, tap “Default,” then select “Enabled” from the options list. Once you do, tap “Relaunch” at the bottom and reopen Chrome. Now, when you go to Facebook’s mobile site, you’ll find the entire site has taken on a night theme.

You aren’t done yet, however. You might notice a sliver of white at the bottom of the display. This inconsistency is easy to fix. Just tap the vertical ellipsis icon in the top right, then tap “Settings.” Now, just tap “Theme,” then choose “Dark.” Chrome will take on a dark theme, which will match nicely with Facebook mobile’s dark mode as well.

If you’re apprehensive about relying on Facebook mobile for all your Facebooking needs, we understand. A full app will always be preferable. Still, Facebook mobile does allow you to enable notifications with Chrome, so you won’t miss out on any updates when you’re off the site. It might be a more viable option than you’d think.
SOURCE : smartphones.gadgethacks.com.
leave your comment 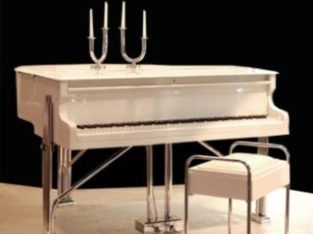 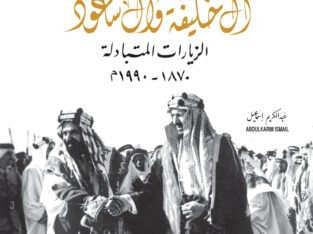 “The Al Khalifa and the A...
Price On Call